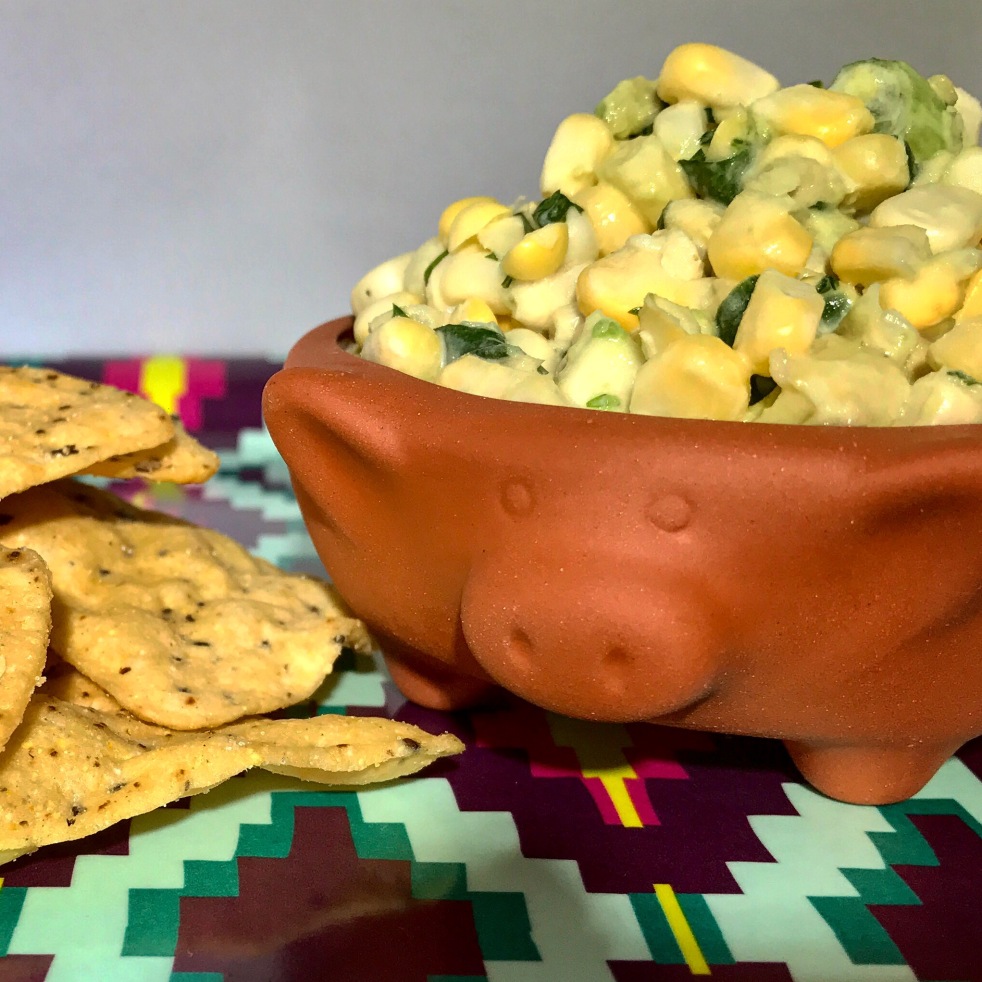 I told you I would be doing something with that vegan cotija quickly- I couldn’t wait to try it! Plus, I’ve been totally jonesin’ for some Mexican all week! This chunky salsa is an awesome dip with chips on it’s own, or you can use it in any taco or burrito. In fact, I sauteed up some tempeh earlier (with this seasoning) and am going to use this salsa in some tempeh street tacos tonight for dinner! This dip was inspired by a chip and dip dish Steve and I snacked on poolside at the Ace in Palm Springs pretty much the entire week we were there. It’s such a nice refreshing, light dip to snack on in warm weather. The corn is so fresh and crisp, it really gives a nice crunch to accompany the smooth creaminess of the avocado. Let me know what you think! (I’ll be making this all summer long, how about you?!)

4 ears of fresh corn, kernels removed. (You can do this by placing the ear of corn vertical in a large bowl and using a knife in a downward motion to remove kernels), 4 stalks of green onion, 2 avocados, 1/3 cup fresh cilantro, 1/3 cup vegan cotija cheese, 2 TBSP vegan sour cream, 1/2 tsp salt, juice from 1 lime

Remove the kernels from the 4 ears of corn and place in large bowl. Slice the green onion (to save time, I just used kitchen shears to cut the stalks), add to corn. Remove cilantro from stems and chop. Add to the corn. Squeeze the lime and add the juice to the corn mixture. Add the cotija, the sour cream and the salt. Mix well with a large spoon. Cube avocadoes and add to the mixture. Mix again to incorporate avocado into the salsa. Serve with tortilla chips!