So, two of my good friends had babies just this week! I’m so excited for them! I can’t wait to meet their little bundles of joy! (They are both first time Mama’s so it’s a totally new adventure!!!)

I’m hoping to get to see them soon and bring them some cute little tokens to make them and their little ones smile. If you have some friends having babies in your life and need something soon, here are some ideas to get you started! (Click on captions under photos for links!)

When Steve was younger, he was very into Star Wars (o.k., he still is, but understandably, amiright?) One Christmas, he wanted the hot toy at the time, a model of the Millennium Falcon. However, it was sold out, everywhere. His mom searched and searched but couldn’t get her hands on one, remember, this was all pre-internet, pre-ebay, pre- apps that notify you of where you can score sold out toys, etc. So, his mom went to the one place she thought she would still be able to buy one, New York City. She got on a bus, took it all the way from Hanover, Massachusetts, into NYC, by herself, and set her sights on Han Solo’s fateful ship. She found one! And rode all the way back with it on her lap. (It was a pretty large model too!) This is a story Steve has shared with me on a few occasions, because, A. it’s a pretty cool story, and B. it totally exemplifies the stuff we are willing to do to make our kids smile. Unfortunately, that version of the Millennium Falcon is long gone, who knows where most of our childhood toys went at this point, but the memory of that story and the feeling that Steve had on Christmas morning when he opened that gift will stay with him for life. Fast forward about 28 years later to Steve’s 40th birthday, a couple of weeks ago. I had come across a cool model of the Millennium Falcon online and couldn’t stop thinking about how cool it would be to get it for Steve, to even just relive that excitement for a little bit, plus, I loved the idea of Steve getting to play with it with Dash! (Even though Dash doesn’t know Star Wars yet at all…)

This got me thinking about the idea of heirloom toys, toys that can be passed down throughout generations, that will withstand the test of time, and the wear and tear of little hands (and mouths.)

Here are some that I think would be perfect gifts for a new Mama and baby team. (…that can later be enjoyed by siblings, and maybe their own kiddos one day!

We went to the beach for the first time this season! It was a gorgeous day on Friday and our friends invited us for pizza on the beach! Not only did we all need a break from the usual nighttime routine, it was so nice to enjoy a beautiful night on the ocean! Sailor had never been to the beach and she loved getting her feet all sandy (and yes, she did put a fistful of sand into her mouth…but I think that’s a rite of passage) and Dash got to play with sand toys and dip his toesies into the ocean! And we all got to enjoy dinner al fresco. Since it was our first trip to the beach this season (and with 2 kiddos), we are not yet seasoned in the ways of packing for a successful beach trip. I remembered most of the important things, and we figured our friends (who also have small kiddos) would be able to fill in the gaps. When we got to the beach, our friends had THE BEST beach table. It was this cool little table they had set up in the middle of our ring of beach chairs and blankets. It kept all our drinks, chips and pizza sand free ALL night! (I honestly hadn’t even thought of where we were going to put the pizza boxes down once we got to the beach, so we were grateful our friends are seasoned beach pros!) This little table was seriously a life-saver! Then, as we were getting ready to leave and pack it up, my friend flipped the table over into the sand, unscrewed the legs and ROLLED IT UP! It even fit into a little beach bag!!! I was literally geeking out over this table; it’s so portable and so convenient, and perfect if you’re bringing any food or drinks at all to the beach. Long story long, I ordered two as soon as we got home, one for us and one for my folks. I can’t wait to use it on our beach vacay to South Carolina this summer! Oh, also, it’s on sale! Do yourself a favor and order it now! Don’t be intimidated by the third picture of the table below- the assembly is literally 2 seconds and my 2 year old could do it! (p.s. This post is not sponsored in any way, at all, I’m just obsessed with this table!) 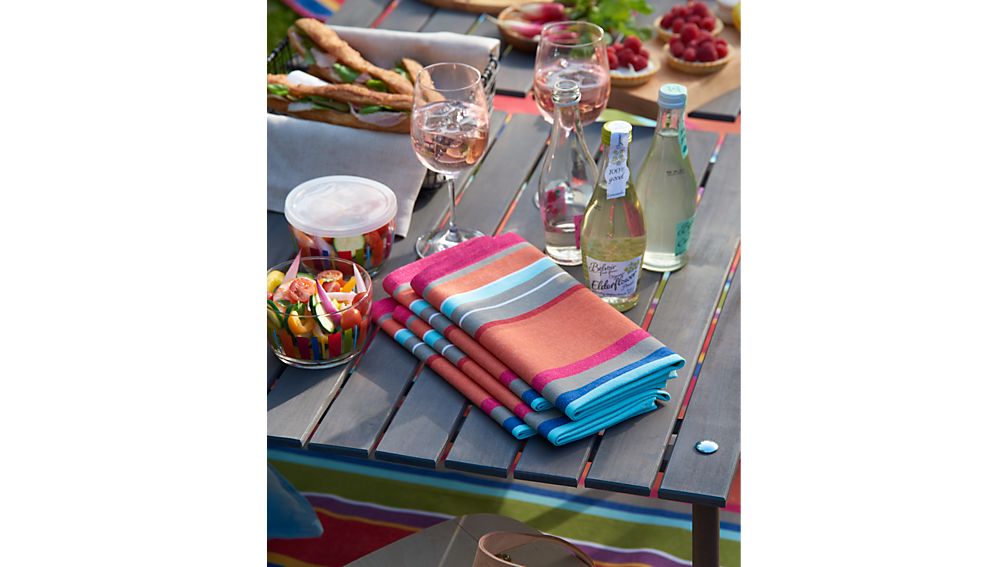 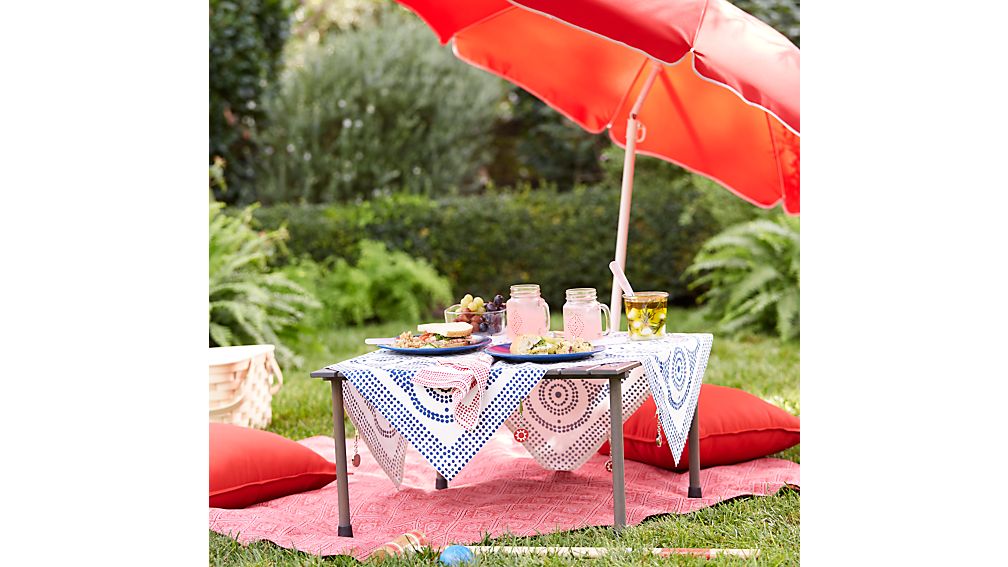 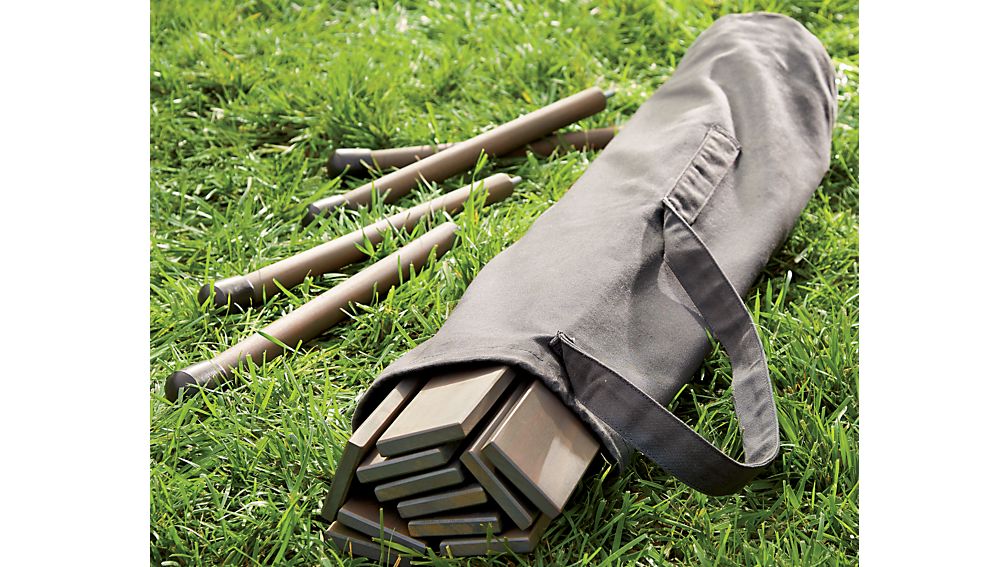 A roundup of my favorite vegan propaganda clothing & accessories!

END_OF_DOCUMENT_TOKEN_TO_BE_REPLACED

As you can see, the last time I bought a bathing suit, I was incredibly pregnant… If you’ve ever had to buy a bathing suit while pregnant, you know it’s not the most fun thing. There are very few choices, like honestly, I think I had 2 total choices, because I was not going to spend a ton of money on a maternity suit that I wasn’t that thrilled to be buying to begin with. So, now, here we are, almost a year later, and I’m so excited to go bathing suit shopping! There are so many cute styles out there this season! (I especially love the original prints and vintage cuts!) Here are some I’m swooning over! (Plus, I included a little bonus Mommy and Me section at the bottom of this post, now that I have a little girl to buy for too!)

or if you need that swan suit!

Or… try one of these sets!

I swear, every time I go to the store to buy a card, I can’t believe how much they cost..it seems like they get more expensive by another dollar every time I buy one..but alas, I love cards. I love their message, I love the feelings they convey, I love the laughs they give and the sweet sentiments they leave you with. This Mother’s Day, if you’re going to spend $6 on a card anyway, why not support a small business owner and maker? And also, these cards are pretty damn rad. Click on the caption below each card to purchase! Happy Mother’s Day to all the kinds of Mama’s out there! (this is not a sponsored post- Supporting Small Businesses is good for all of us!)

I’m seriously crushing on everything 70’s this season! The only pants I’m ever on the hunt for are bell bottoms, (I may have just bought 3 pairs in the last week!) and am also not ashamed to say that I’m incredibly excited to pull off  knee high socks with platforms.

I wrote a post a few weeks back about my go-to sources for inspiration. I neglected to credit Pinterest as a tried and true fount for all things inspirational. (The above screencap is just a preview of the far out 70’s vibe that results from the Pinterest search “70s outfits”.)

Below are some of my favorite 70s picks. Can you dig it?

Hustle and Veg
Powered by WordPress.com.